San Miguel Corporation (SMC) clarified that the company is not interested in getting any share of revenues generated by the Ninoy Aquino International Airport (NAIA), adding that its proposal for purely the operations and maintenance (O&M) of the airport is to ensure that it operates better and more efficiently until its P740-billion Manila International Airport project in Bulacan is completed.

This, after the Manila International Airport Authority (MIAA) revoked the original proponent status for NAIA previously given to construction firm Megawide Corporation.

“Our interest in NAIA does not intend to replicate what Megawide had in mind for NAIA. Our proposal is brought on only by the need to have it running effectively and safely for the Filipino people, until our Bulacan airport project is up. And until our airport is ready, that task needs to be done. We are also leaving it up to the government to decide on what to do with the NAIA in the future,” SMC president and COO Ramon S. Ang said.

“Unlike all the proposals that required a share in the revenues of the NAIA–including passenger fees and lease rentals—we are not interested in the revenues. We want to improve NAIA for the passengers. We want it to be run more efficiently, for service levels to be improved, until the new airport is operational. All revenues will go MIAA,” he said.

Ang added that this was actually part of its original proposal for the Bulacan airport development. While developing it airport project, SMC said it can spend for the improvement and operation of NAIA, at no cost to government, and with no share in revenues.

However, the Department of Transportation had asked early on to remove this portion of the proposal for the Bulacan airport project.

Earlier, a consortium of the country’s most prominent corporations had been given approval to rehabilitate and operate the aging NAIA, which has been operating way above capacity for many years. However, this did not materialize and original proponent status was then given to Megawide.

Ang said that its proposed 10-year concession is designed to give government a freer hand to do what it wants with the NAIA, once the Bulacan Airport is completed and operational.

Ang added that in his view, with a new and much larger world-class gateway with four runways just north of Manila — easily accessible via a network of existing and new infrastructure–government could better benefit from selling or redeveloping the NAIA property.

He said that the 646-hectare NAIA complex, which is about 2.5 times bigger than Bonifacio Global City, could potentially earn government as much as P2 trillion or more, which it can use for various purposes.

Government can then earn more–and even generate more jobs–once new commercial or residential developments rise in the area. Revenues from these new developments will most likely be higher than that of airport fees, he said. 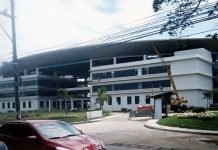 After connecting north and south of MM with Skyway 3, SMC starts work to... 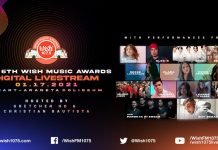 Pangilinan to industry: Be ‘greener’ this 2021, mass-produce alternatives to single-use plastics 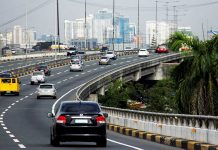