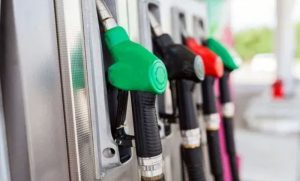 MANILA, PHILIPPINES – Bus companies and partners participating in the DOTr Free Ride for Health Workers Program get to receive fuel subsidies from the Department of Transportation (DOTr) in order to sustain the continuous operation of the program, as Luzon remains under enhanced community quarantine.

This initiative stems from the directive of DOTr Secretary Arthur Tugade to aid bus companies and partners that have provided support to ferry health workers to their designated hospitals amid the increasing threat of the coronavirus disease (COVID-19) in the country.

The fuel subsidy program for participating bus units was made possible through the partnership of the DOTr with Phoenix Petroleum Philippines, Inc.

For the initial implementation of the fuel subsidy program, sixty (60) private bus companies will each be given an allocation of 50 liters of fuel daily. For bus companies to avail of the subsidy, bus units should at least complete two (2) round trips on a given day.

They will be provided with a voucher at different staging areas.

The vouchers will be certified and signed by the staging area leader and will then be signed thereafter by the authorized representative at the assigned gas stations.

Seven (7) Phoenix gas stations have already identified where the participating private bus units can avail of the subsidy:

For his part, Phoenix Petroleoum Philippines, Inc. Senior Vice President Atty. Raymond Zorilla expressed their company’s full support to the DOTr Free Ride For Health Workers Program, saying that they want to contribute in making travelling easier for health workers, who, they believe, play a very important role in the current situation.

“Phoenix is committed to our goal of becoming an indispensible partner of everyone whose life we touch, and we wanted to show to the people that even during a crisis like this, Phoenix is here to serve them and even extend more help to those in need,” Phoenix SVP Zorilla said.

“We partnered with DOTr because we support the government’s efforts in helping our health workers. Their role in this situation is crucial, so we want to make it easier for these brave individuals. Through this initiative, we will be able to help more people, while staying true to our ‘Sasamahan ka ng Phoenix’ battlecry,” Atty. Zorilla added.

Since its initial launch on 18 March 2020, the DOTr Free Bus Service Program for Health Workers has transported 15,403 medical frontliners as of 30 March.

From its initial three (3) routes during its first day of operations, the program, which operates 24/7 now serves 19 routes.