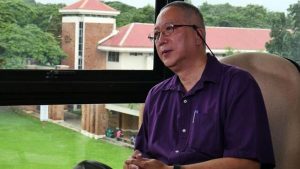 Epidemiologist Dr. John Wong, Associate Professor of the Ateneo School of Medicine and Public Health and a Roux Prize Winner, explained how we know the country is flattening the curve based on the measuring of the doubling time or duration in days for cases or deaths to double.

According to him, although the rise in cases and deaths started fast, the ECQ has significantly slowed down the speed of transmission, hence flattening the curve.

“When April 1 came around, when the ECQ took effect, you’ll see that the curve has started to flatten.

From doubling every less than three days, now it is doubling around four days,” Dr. Wong said.

For Luzon, except for NCR and neighboring provinces, Dr. Wong reported, “There has been flattening in a more dramatic way, very near the seven-day line.”

Dr. Wong specified that the country generally has a case doubling time of 4.6 days, which indicates that cases double almost every 4-5 days. Excluding NCR and its neighboring provinces, the rest of three regions placed under ECQ—Luzon, Visayas, and Mindanao—all recorded at least seven days mortality doubling time.

Another good indication of the flattening of the curve is the country’s health capacity.

“Right now, we only have 25% utilization for mechanical ventilators and about 40% each for ICU beds and isolation beds. So, we still have a lot of reserve capacity,” he noted.

A positivity rate refers to the percentage of people who test positive for Covid-19 out of the total number of persons tested.

According to the World Health Organization, countries should target a positivity rate of 10% or lower.

Over 47,000 resume work in housing sector

NCRPO to be held accountable – Gamboa

Modified ECQ or GCQ is still a quarantine