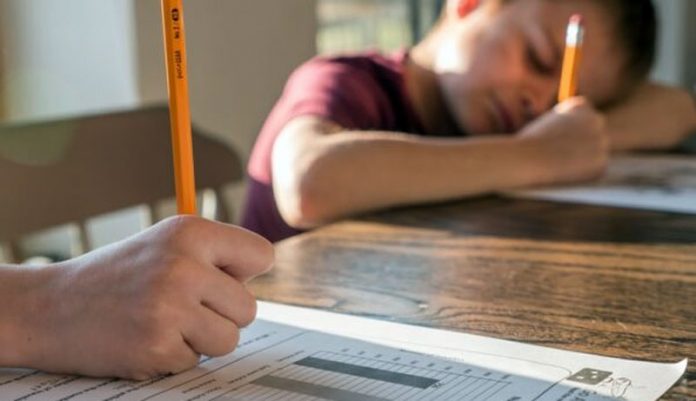 ACT added that such makes suspect the agency’s adjustment of this school year’s four quarters supposedly to allow flexibility and reduce stresses in the remote learning modes of education.

“We’ve received reports citing that many schools are still at their week 3 modules on the first week of November due to the unavailability of succeeding SLMs. The reason for such varies—inability to print said materials due to lack of bond papers, ink, and/or working printers; mastercopies from either the Central Office or local DepEd offices have yet to be sent to their schools; classroom teachers not having the time to write the modules, on top of their already overwhelming duties, as demanded by local officials; among others. This all can be rooted in the agency’s failure to deliver on its promise that all 1st quarter modules will be available when school starts, resulting in more delays and disruptions in learning. We can’t help but wonder if the flexibility granted by the newly lengthened quarters was for our benefit or merely an attempt to cover up DepEd’s ineptitude,” raised ACT Secretary General Raymond Basilio.

The group earlier lambasted the same memorandum that detailed the said adjustment as well as other measures to ‘foster academic ease’ for only offering suggestions ‘devoid of any enabling measure’ such as the provision of resources and clear policies.

As such, ACT argues that the longer quarters for the present school year will not address stakeholders’ woes with remote learning. Instead, it will only serve as an excuse to the lagging behind of students in terms of the competencies they should have acquired at this point.

“Sobra-sobrang inhustisya na ito sa mga mag-aaral naming paulit-ulit na napipinsala ang karapatan sa edukasyon, gayundin sa amin na mga guro na nagkakandarapang punan ang tungkulin ng gobyerno sa milyon-milyong kabataan. To make matters worse, already available materials in some areas like Bicol had been made unusable by the recent effects of Typhoon Rolly, further hampering the progress made possible largely by teachers themselves in fulfilling the needs of distance learning. Instead of assistance, the education chief denied that the recent typhoon had much effect on the education sector, followed by her unhelpful and trivial ‘suggestion’ on how to remedy damaged materials,” criticized Basilio.

ACT demanded that the agency provide concrete solutions to the problems with its most basic modality and no less than the very backbone of its education continuity program, lest they risk the disenfranchisement of more youth and the burning out of education frontliners.

The group calls for appropriate, adequate, quality, and relevant learning materials for its distance learning program.

“DepEd is also hereby implored to release its operational plan and status reports with clear deadlines and funding source for the printing and distribution of SLMs. We also suggest that DepEd consider the use of available textbooks pending the provision of materials, but these too are limited and incomplete. Finally, the group called on the national government as well as other concerned branches to look into the mounting problems in the education sector and urgently employ measures to address such, among the most urgent that needs to be acted on by multiple government agencies and branches is the provision of sufficient funding.

“The entire basic public education sector continues to reel from the consequences of the ill-prepared school opening due to persisting state abandonment. The responsibility to ensure accessible quality education do not only fall on DepEd’s shoulders but on the entire government currently led by President Duterte, and that duty goes beyond the mere opening of schools—it’s the state’s perpetual mandate to protect the youth’s right to education with or without a pandemic,” concluded Basilio.