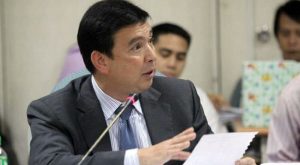 Almost one-third of a million teachers in private schools have had their salaries cut off or slashed, as the pandemic has also hit the finances of non-government educational institutions, two Cabinet members told senators yesterday.

“These are the small private school teachers, kasi two months silang ‘no work, no pay’ kaya wala silang earnings,” Briones told the Senate’s all-member hearing on their government’s response to the COVID-19 pandemic.

Briones said their preliminary count was 300,000 but brought it down to 263,000 after deducting the number of teachers whose salaries for the whole year have been guaranteed or advanced by their employers.

She said 50,000 of these who are in basic education classes are in danger of losing jobs and are in need of government cash relief.

She said one conduit of assistance is for government to treat these small schools as distressed MSMEs. For private colleges, CHED chairman Popoy de Vera said 36,000 part-time faculty are affected, joining the 17,000 part-time instructors in state universities and colleges whose salaries have been disrupted.

But industry association COCOPEA, in a report to the Senate, estimates that about 77,000 private “higher education institutions” faculty are affected because of the “no work, no pay” rule or the imposition of reduced pay by owners.

De Vera said the setting back of the opening of classes from to June to August will have a “financial impact” because tuition fee collection is deferred.

Recto said “about 330,000 teachers in private schools will be financially impacted, with either pay cuts or totally losing their pay in the case of those paid per lecture hour.”

“Mas madami pa sila sa mga UV drivers sa bansa. But their plight is not well publicized. And because of their professional status, they have fallen in the cracks of the government’s cash aid program,” Recto said.

“Theirs is the portrait of the Filipino middle class in this time of crisis,” Recto said.

Government should come up with ways on how to help them, he said. If earmarked funds for these schools have been impounded, then perhaps a portion of these should be initially released, Recto said.

Another means is for distressed schools to be included in Small Business Wage Subsidies (SBWS) program of the government.

“Education is one sector which has a large client base, about 34 million – students, teachers, non-academic employees and the auxiliary services like school buses, uniform makers, food, boarding houses, and transportation,” he said.