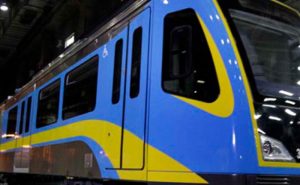 Moreover, from a pre-ECQ operating speed of 30kph, trains will be running at up to 40kph starting on Monday at certain sections of the MRT-3 mainline (between North Avenue and Santolan Stations, and between Buendia and Taft Stations).

This will reduce headway, or the time between trains, from an average of 9 minutes pre-ECQ to an average of 6 minutes upon resumption of operations.

The increase in the number of train sets and operating speed was made possible by progress in rail replacement works conducted by MRT-3 during ECQ and Modified ECQ, and the agreement of Sumitomo and the concurrence of JICA to deploy 3 Dalian train sets to add capacity to MRT-3 during GCQ operations.

Meanwhile, MRT-3 Director for Operation Michael Capati said that this development will aid the expected reduction of the line’s capacity.

Physical distancing markers have been placed inside the 19 train sets, to implement the 1-meter social distancing requirement per IATF and DOH guidelines. For his part, DOTr Undersecreatry for Railways TJ Batan said that with passenger operations being suspended during ECQ and MECQ, MRT-3 was able to advance its rail replacement works ahead of schedule.

“Rail replacement works are expected to be completed by September 2020, several months ahead of its February 2021 target completion date. Following completion of rail replacement works, train operating speed will gradually increase from 40kph to 60kph by December 2020, leading to a reduction of headway, or the time between trains, down to 3.5 minutes,” Usec Batan said.

Completion of rail replacement will also improve the reliability of MRT-3 by lessening vibration, which is a common cause of malfunctions and delays.